SAMRO Foundation bids farewell to André le Roux and board

You are here:
Music in AfricaSouth African Music 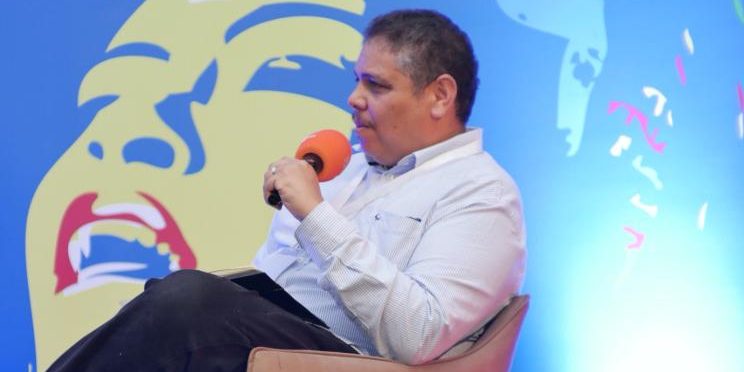 SAMRO Foundation is a subsidiary of SAMRO NPC, which is Southern Africa’s largest royalty collection society.

“However, as I move forward to spread my wings in entrepreneurial adventures in the creative industries, I leave behind a strong foundation with a capable staff complement. I am confident the team will be able to mould SAMRO’s CSI to align with the new strategic vision of the SAMRO board and CEO Mark Rosin.”

Rosin said Le Roux remained a significant figure in the creative industry. “I’ve known André for more than 20 years. He is a valued member of the arts sector and I will miss him and his insights at SAMRO. I will stay in touch with him and retain our good relationship, working with him in our sector as we try to turn SAMRO around,” he said.

Masote said: “It has been an honour serving music development with my colleagues on the SAMRO Foundation board since 2016. Navigating the many challenges and uncertainties facing the foundation over the last 12 months has been difficult and I thank my colleagues for their leadership and for remaining true to their calling.” 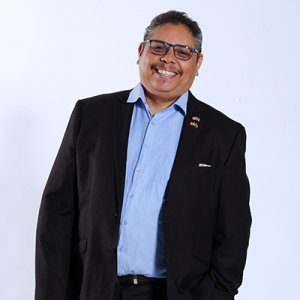 Masote also thanked Le Roux for playing a pivotal role at the foundation while Zaidel-Rudolph acknowledged his years of dedicated service to the South African music industry and cultural landscape. Alexander described Le Roux as an enthusiast and a dedicated and passionate individual.

Xaluva, meanwhile, said her tenure at the foundation had enhanced her skills within the creative industry. “Serving on the board of the SAMRO Foundation has been an enriching experience for me,” she said. “I have learnt lessons that will carry me through for many years to come, in all aspects of my career,” she said.

Zaidel-Rudolph said the foundation was central to assisting less privileged creatives in the South African industry. “I know of no other organisation in South Africa, or indeed worldwide, that has contributed in love and financial support to so many deserving young musicians – so many from underserved and underprivileged communities,” she said. “I for one am proud of the work we accomplished and hope that going forward the foundation can try to fulfil the great CSI imperative for composer-musicians that has been its raison d’etre.”

Le Roux joined SAMRO in 2006 to manage the portfolio of the SAMRO Endowment for the National Arts (SENA), which became the SAMRO Foundation in 2011. In addition to this portfolio, he also managed SAMRO’s marketing and legal divisions at different points during his tenure. Under his leadership, the foundation annually supported more than 100 music bursaries, over 40 NGO music schools, numerous music education projects and SAMRO’s annual International Overseas Scholarships Competition, and initiated the Concerts SA programme with the support of the Norwegian Ministry of Foreign Affairs.

Since its inception in 2013, the Concerts SA project, which effectively built a vibrant music circuit in southern Africa, has benefited more than 9 000 artists, supporting them at more than 800 venues across South Africa and 11 SADC countries.

Sourced from Music In Africa

We appreciate you taking the time out of your day to fill in this survey.
For inquiries, please contact Andre le Roux on andre@iksafrica.com or kgomotso@iksafrica.com.
For details on the conference and festival please contact Floor at productie@amersfoortjazz.nl.